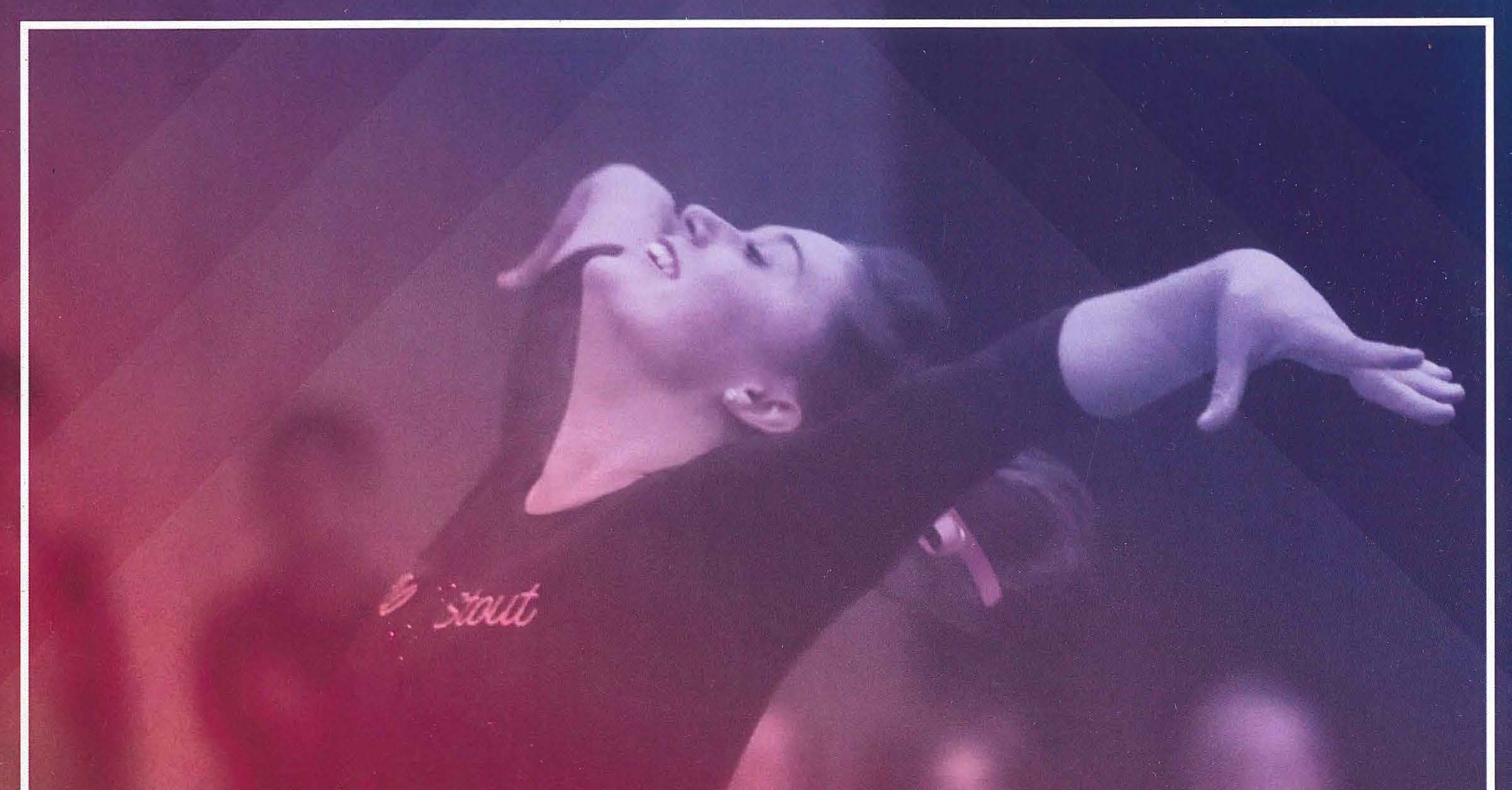 June 23, 2022 marks the 50th anniversary of Title IX, a federal law that prohibited discrimination by sex in athletics within all educational institutions.  Title IX states, “No person in the United States shall, on the basis of sex, be excluded from participation in, be denied the benefits of, or be subjected to discrimination under any education program or activity receiving Federal financial assistance.” To commemorate this milestone, the UW-Stout Archives will be celebrating the successes of female athletes, exploring the history of Blue Devil athletic programs, and highlighting the influence of Title IX on the UW-Stout community.

This exhibit will be growing and evolving throughout the 2022-2023 athletic year. To look closer at the files mentioned in this exhibit and other athletics materials, the Archives has a Blue Devils Athletics digital collection online and keyword searchable. 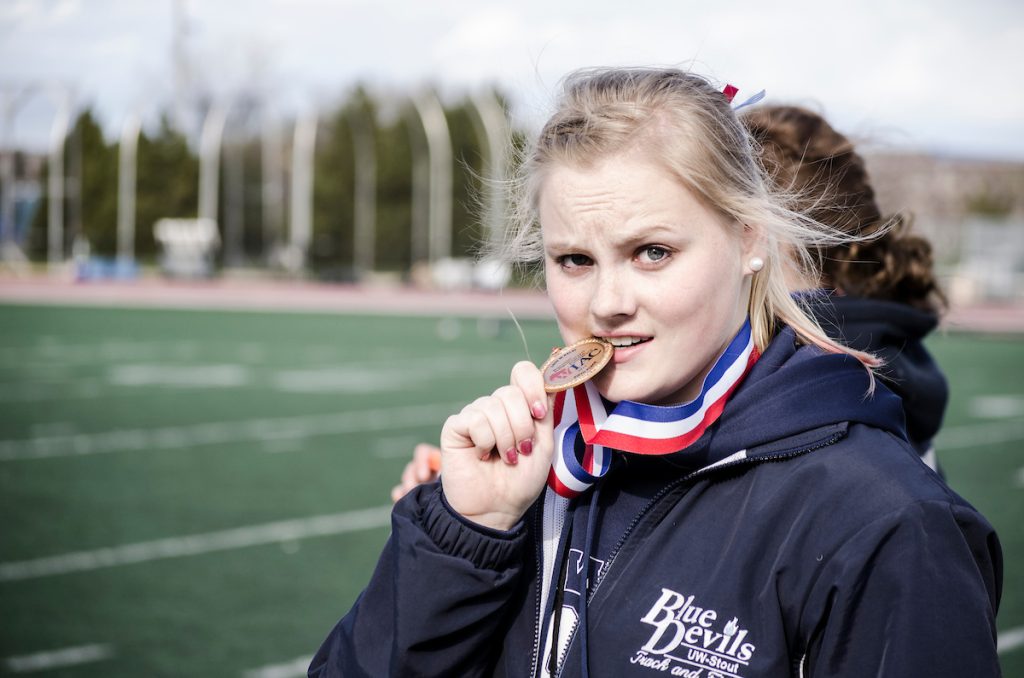 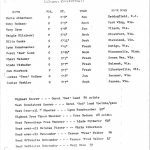 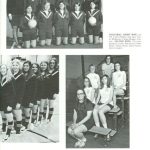 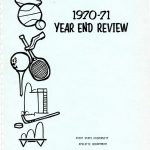 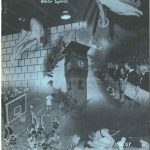 Stoutonia’s sports section analyzed Title IX and documented Stout’s athletic changes in the recent years after it was passed. 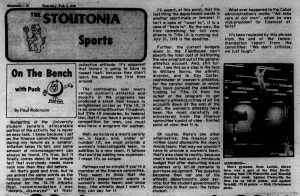 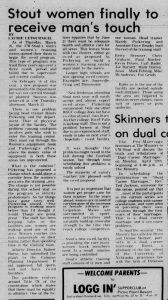 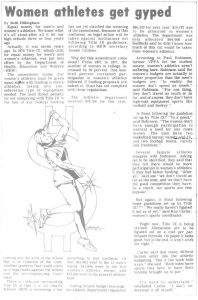 Women’s athletics continue to grow at UW-Stout both in successes and women’s programs. In 2023, women’s Lacrosse will begin their first season as the 19th NCAA varsity sport at UW-Stout and the 11th NCAA women’s varsity sport. 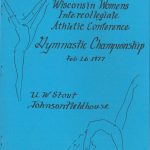 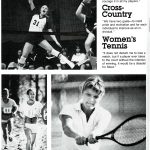 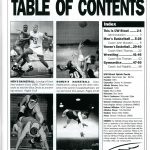 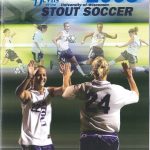 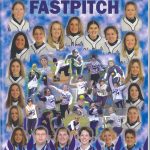 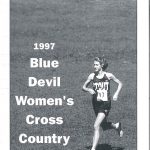 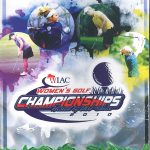 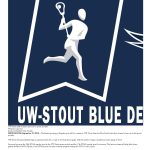 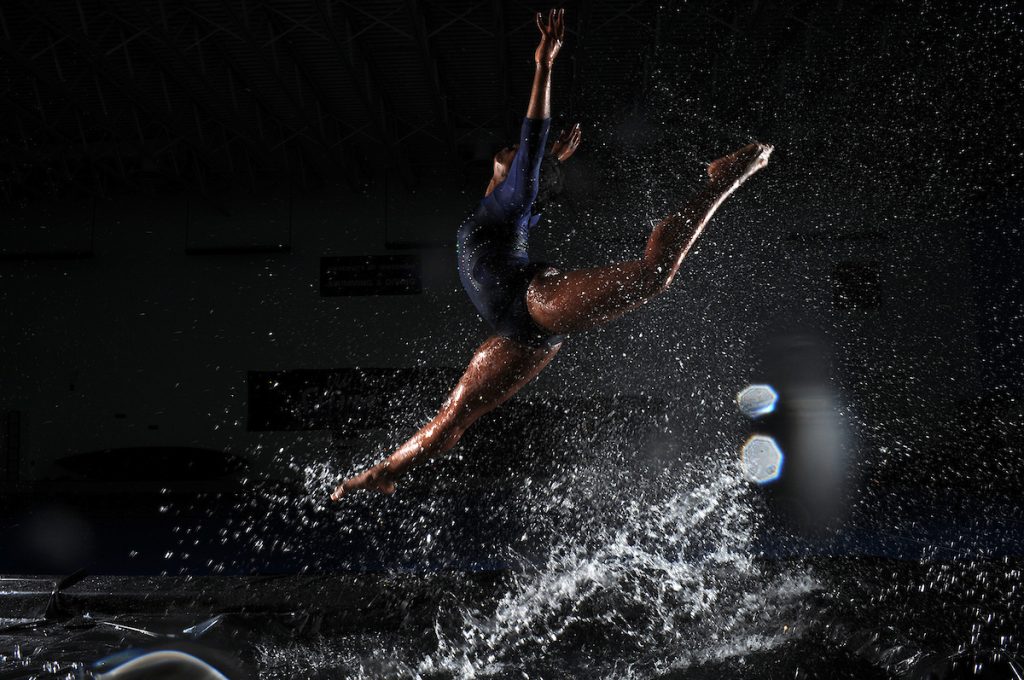 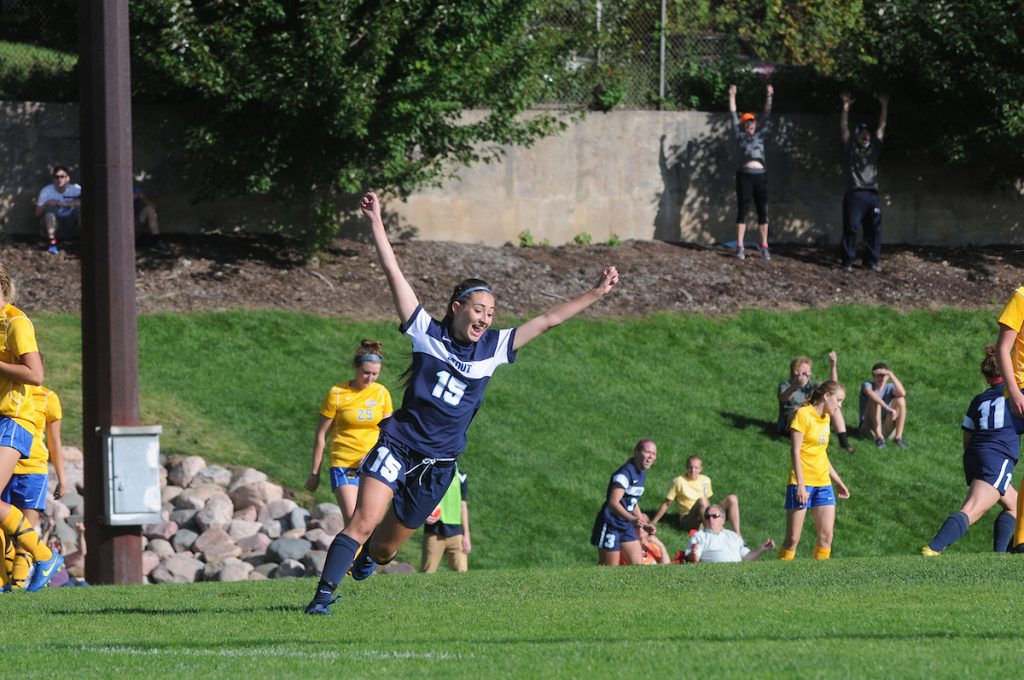 Sydney Kasper celebrates after a teammate scores the game-winning goal in overtime in a 1-0 win over St. Scholastica at Nelson Field. / UW-Stout Sports Information photos 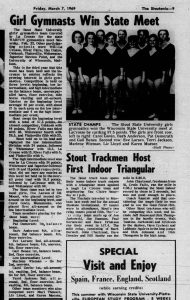 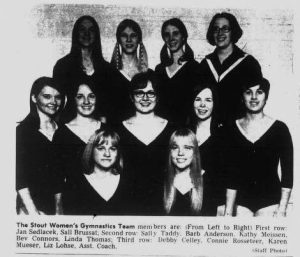 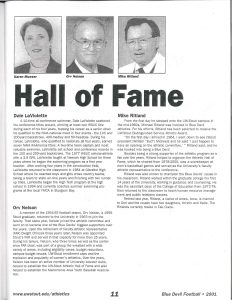 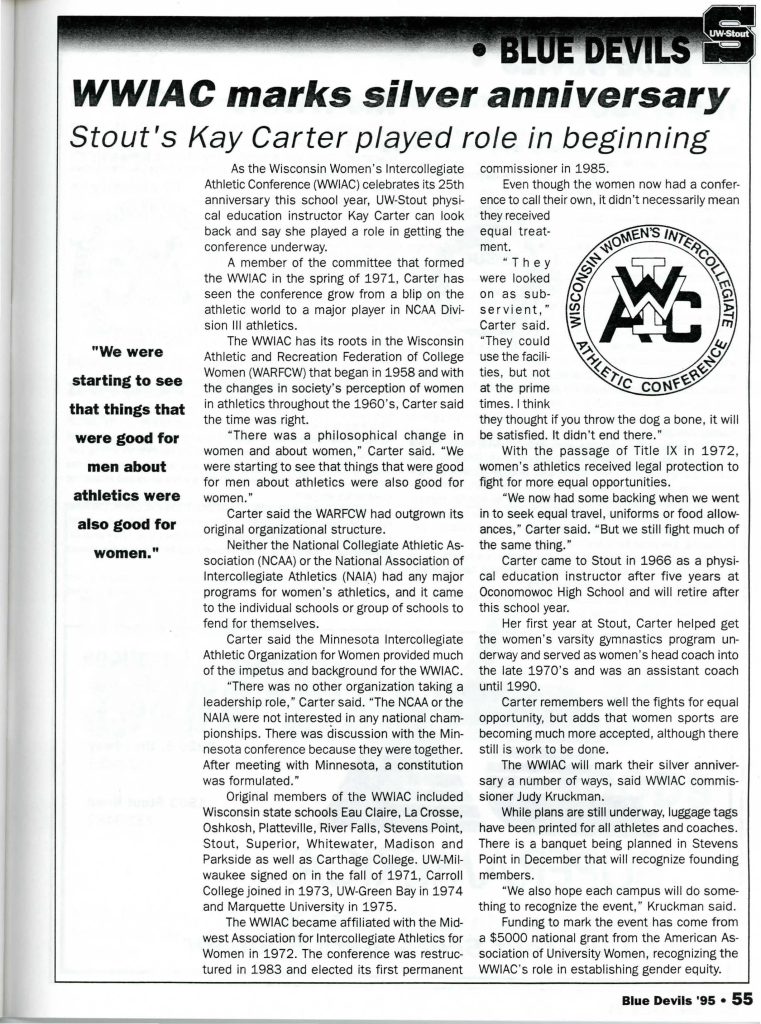 We are continually collecting information, records, stories, ephemera, and artifacts from former students and athletes at UW-Stout. If you would like to share your own story or donate, please contact the UW-Stout Archives, archives@uwstout.edu.

© UW-Stout Archives and Area Research Center 2020
©2022 Preservica
We use cookies so that we can provide you with the best user experience possible. Click Accept to confirm that you are happy with us to use cookies.